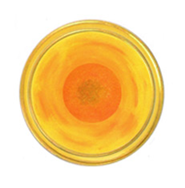 In order to put in practice emotional education, it is essential to have values to enable one to question oneself. This is to say, it is necessary to be able to understand one´s functioning in relation to the children´s different functions mentioned in the guide, which will allow the possibility to understand them, in order to teach and educate.

It is frequent to hear people speak about what seems to be a crisis in values of our society: demotivated youth, without any social compromise, hedonistic, where pleasure; aim for quick success and egoistic attitudes, are above willpower, effort, participation, altruism and goals in the long run. On the other hand, there is also a part of the youth deeply implied in voluntary engagements, compromised in helping others, participative and co-operative with plans in their life, where values such as justice, tolerance and compromise with the society, as well as with nature, play an important role. Nevertheless, there does seem to be a large portion of the youth who seem quite at lost with regards to the principles they want to have as their guide for life, which lack a clear direction as to where they want to go, where the basic values we all need as a base are hidden or non-existent.

Educational institutions define themselves with a series of essential principles which guide their core work, being most frequently found in the defined ¨mission” of the centre: respect, tolerance, the formation of character, the balance between cognitive and emotional development. All the same, we think that we have to take these fundamental values out from the institutional documents and transform them into reality in classes, schools´ recesses and cafeterias, as well as, in the relationships between the teacher and the student. Likewise, in families, out of which the majority are more or less aware of which are their main fundamental moral values, we believe it is time these principles should be present on a daily basis, in an implicit and explicit form. Children and teenagers should know the values we consider important, they should be able to speak about them, know what they mean, and think over their behaviour or decisions in accordance to those, seeing if they are in line, and should they not be, they should analyse why they are not.

Values which travel with each person throughout their life can be different for each of us, but being conscious about them and adhering to them, is essential to carry out a coherent life, with a clear direction and making way to possibilities of personal realization and satisfaction. School, family, should encourage in a very clear and active manner, the reflection over the motivation that each child or teenager gets inspired by to take decisions. Being aware what it gives to others, to one´s own future, for life, the decisions taken is an essential part for the education for adult life.

Given these times of great social competitiveness, the lack of employment and the fight for subsistence, education sometimes becomes very competitive needing further content and it seems there is not enough time to carryout a civilized, responsible and conscious school coexistence. Tutorial time, resolving individual or group conflicts when there are problems in class, is a long-term investment even though it may seem in the short run, a matter which takes up too much time from the academic curriculum.

Let us put an example: A group of eleven years old girls are making fun of another one. The tutor walks by and he could take any of the following actions:

• In a reproach/reprimand tone say, “Girls, that is enough!”
• To those who have insulted the girl, punish them without recess and instead have them stay in class.
• Get together the whole class for 15 minutes (even if it implies delaying the start of the class), to talk about the issue and mend it by, for example, for each pupil to say something positive and sincere to the girl who has been insulted, as well as have them write on a piece of paper something negative about themselves and show it to the teacher.
• Not take any action and simply think, “Let´s see if they learn how to defend themselves!”

Daily, at home and at school, tense situations arise or where a decision must be taken between many, or a conflict must be resolved. All these moments are opportunities to put in practice the importance of different values that are at stake. Upon a situation where a pupil gets involved with another one, or a brother with another one, there are several possible answers, from a faint reprimand, up to the cease of all activity to give absolute importance and rejection to what is happening. Children and teenagers should have very clear which attitudes are not going to be tolerated at all, which are not desirable, which are, and which are within their own personal decision.

The school´s disciplinary model and the teacher´s awareness that they are examples for the children and teenagers; that the way in which they interact between themselves is going to be an example to follow, that their ways to solve conflicts, to manage tensions between pupils is going to be imitated and that they are going to give the students the keys to guide themselves through human relations, are basic. Furthermore, the parents, the relationship between themselves, their cordiality and understanding, or the management of their disagreements, their relationships with the rest of the family, are also going to be exemplary.

There is an ample list of values, and each culture, each family, each historical moment, prioritises one over the others. The strongest principles or beliefs are the ones that identify the most important aspects of life, which condition people and families´ behaviours and decisions: justice, family, solidarity, friendship, honesty, freedom, generosity, continuity, effort, equilibrium, willpower, compassion, hospitality, strength and a very long etc. For each family, for each school, the value´s priority order that drives them forward will vary. Each culture shares a series of basic values. Philosophers, sociologist debate which values are essential for the development of the civilization; the spiritual leaders, which are the most important for the development of a particular type of spirituality; and the psychologists study the essential values for the development of a character. They each discuss the most important values for an optimal personal development within the nature of each.

There are some values that are generally accepted as universal, of which tolerance and respect towards others are perhaps the most. This includes the respect to those who are different, to those who have different ideas, customs and values, which means to respect the dignity of all human beings.

In all schools, in all families, whether implicitly or not, there are some principles that govern their general evolution. There are schools where the competence, competition and excellence are prioritised, others where it´s cooperation, effort and progress, and in others there is a search for a balance between all. Whichever the values are in question, it is important for the parents to be aware of the values included in each system, so as to best choose those more coherent to their own. Furthermore, it is important for the children to know “what to be expected to abide to¨, which are important and which are least important.

Values guide actions, establish principles on to which rely, which pass on to the individual, sustaining and guiding upon difficulties. The lack of values, or “anomia” name given by some sociologists, produces chaotic, selfishness, incoherent, capricious and unpredictable behaviour, as it makes the individual more dependant upon his impulses, his fears and his instincts. Some modern thinkers believe that life in our cities today; the rushes, the extreme competitiveness, the ignorance towards the human beings who live next to us, can all deviate into a dangerous destructuring of the world´s values in human beings. The mix of races, ethnics, people´s origins who actually live in a same space (modern cities), test the capacity to live together, tolerate, respect, in a pacific and constructive manner. Traditionally there was more uniformity, people who lived together more or less shared a similar system of values, but this is no longer so. Varying on the prevailing values in a society, this will have more or less flexibility to incorporate itself in a pacific manner to the different.

The education in values is an unwavering commitment. José Antonio Marina says that the great characteristic of the human being is his ability to educate its offsprings. To educate is to teach concepts, but inevitably, in the continued cohabitation amongst human beings (and this happens in education), there is also a transmission of values, and it is one of the main goals in schools: to transmit a coherent set of values adjusted to the actual world, to be of use to get along in life, to allow oneself to develop fully, and to help to be constantly improving.

As we have seen in previous chapters, children have a natural potential for certain values, abilities, intelligences, which of course must be trained and strengthen. Values are strengthen, are taught and they have to be practiced. Furthermore, they are a fundamental legacy so that people can attain to have an autonomy and freedom, a skeleton of beliefs to help them, not only pull up themselves from a crisis and resolve problems, but also, to grow constantly as human beings.

Respect and tolerance could be fundamental values in the education systems. This would include, aside from what is generally considered as respect and tolerance with its infinite aspects, the respect towards the pupil´s person, to his own nature. This includes tolerating the questioning of what is being taught by each student and having him adjust it in relation to his own self, his experiences, his projects, in order to be founding his hierarchy and system of values, in all, to build his way along life in society as a unique and independent person.

During difficult social moments, to achieve for children to understand that all actions have a consequence, that all decisions, in a direct or indirect form, affect those next to us, is vital. The critical thought over ourselves, over our behaviours, and the teaching to children and teenagers to do the same, is a priority in a world where action is prioritized over reflection.