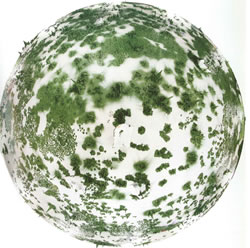 Having a child is probably one of the most important decisions that a person can make throughout their lifetime. It is the summit of creative activity for many people and, in most cases, it represents a commitment with another being who is initially completely helpless and is absolutely dependent on its parents. Precisely because of the responsibility it entails, respect for the Nature and the independent development of all persons from the moment they are born should be understood and borne in mind by every one of us when we face the possibility of being parents, from the moment we potential are capable (from 11-15 years of age).

Along the lines of our previous editorial, we wish to set out our resolutions for the new year.

While last year most of our attention was devoted to ADHD, as a development disorder, and the circumstances surrounding those who suffer it, how to help them and those living with them, this year we shall be focusing on looking deeper into that development, leading us from our First Identity to the end of our life. This end will be accompanied afterwards by the memory of those who originated from us, who depended on us or were simply involved in our social life. Thus the First Identity, the mental representation of their child that appears in the mind of the parents even before it is born, will accompany that child throughout its life until he or she reaches the potential of giving life to others and, subsequently, feels the need to bid them farewell when death arrives. Development will allow a newly created being to evolve independently through extremely demanding stages involving thorough transformations, through other stages of nearly static stability, and towards stages of regression of most of their functions, which will end with the complex process of death, farewell and the memory of those who were allowed to follow their own development process.

This seems to be the natural cycle of our existence and, within it, respect for Nature guarantees that the whole process of life will develop satisfactorily. Most animal species, including our own, are able by instinct to evolve adapting through life. It is impressive to watch how bitches, cats, mice, mares and the majority of female mammals are able to reproduce and bear their offspring with an innate integrity that strikes the observer. Nature gives them the necessary resources to continue their development properly.

In our species, so highly influenced by social aspects, our estrangement from Nature may lead us to forget that many resources are finite, that we have before us an enormous gift in the form of rivers, mountains, seas, beaches, meadows… men, women, boys and girls. It therefore seems incoherent for us to resist certain laws of Nature and we neglect the respect for the development of persons: our insistence in a child learning to walk, talk and read … sooner than what experience based on the spontaneous observation of its development recommends. Neglecting the stages that are necessary to reach a given function usually leads to exhaustion, and the same applies to not respecting the rest periods determined by natural cycles (night and day; the seasons in the year). At the same time it is puzzling to see that people who are physically adults are unable to become emancipated until the age of 30 or later, or how it does not seem to be too important in Society that girls who have their first menstruation lack the necessary information to face the responsibility that, owing to their potential as mothers, has been deposited in them by Nature, or that boys their same age are not even able to accept that concept as something affecting them. Society is more concerned about finding solutions that are disrespectful regarding Nature in order to make up for the shortfalls brought about by our estrangement from Nature.

By intuition one would think that an ideal life consists in spending time to take advantage of all the experiences we live, the positive ones but especially the negative ones, to become enhanced as human beings and arrive at our last breath in a state of maximum perfection created from the experience of our entire lifetime.

Each new person arises with an entity of their own and the potential to progressively assume an independence that will always make them different than their parents, not only physically (in spite of many obvious similarities we may find) but also affectively, in their personality, their way of thinking and acting, their ideology, their ideals, their values, their tastes …

Many parents consider their children to be a projection of themselves and sometimes, while striving to protect them, they prevent them from progressing independently in their own development. On other occasions quite the opposite occurs, and the incapacity of certain parents to guide the new unprotected being causes a deviation in its development that owing to neglect ends up bringing out all the defects and difficulties that potentially could appear based on its genetic endowment (something the child is born with). In this interaction between genes and the environment, the earliest stages of development are crucial. If at birth we are like a bar of clay, the environment in which we develop and all the experiences we live will gradually shape that flexible bar, in such a way that ideally we should manage to conceal our defects as far as possible and essentially display our virtues. This is easier said than done, because it is influenced by manifold factors, many of which do not depend on ourselves but rather are influenced by the earliest stages of our development, in which we are almost completely dependent and highly sensitive to all the stimuli surrounding us. In these stages, our parents or caretakers can do a lot for us by furnishing us with the appropriate experiences to favour our independence and our integration in this environment in which we will be living. We must not forget that our children will have to face difficulties similar to the ones we have encountered throughout our lifetime—if not worse, and the best thing we can do for them is to make it possible for them to face them with sufficient resources to go forward all the time. It seems that if we heed the teachings of Nature and the extensive experience it provides, having been present even before the appearance of our species, and we allow our children to develop according to their own rhythm, their own needs and not our needs or those stated in books, our children will gradually be furnished with sufficient resources to adapt to life. Thus, in our mother’s uterus, when we are ready to adapt to changes of temperature, to breathing in the air, to suck on a nipple, we send signs to our mother so that she can go to the hospital and allow us to come out with more or less difficulty. And later, when the regions of our brain, cerebellum and muscles controlling movement are ready, we will start dragging ourselves about, crawling and walking. It is not a matter of ‘teaching’ children to reach the milestones of development, but rather of respecting their pace of development and giving them enough room to implement the new functions that they feel ready to express. Over-protection in these stages only restricts the space that a new being needs to develop its potential… but neglect will prevent the new being from being surrounded by the necessary security to embark on new challenges. The key to striking this balance probably lies in the respect for Nature, its rhythm of development, the entity of others (even if that means our own child).