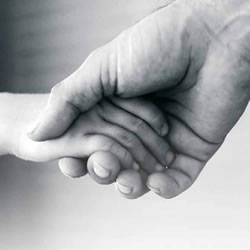 Many people have grown up with the feeling that something wasn`t right inside them. Since their early childhood they had difficulties to remain focused in class, to stay still in social situations that required so, they became frustrated more easily than their siblings o friends, more impatient than the rest o excessively slow paced or clumsy, and did not comprehend why some things they did caused exaggerated reactions in others. Some may even remember friends laughing at them because of this, which caused them constant conflicts. This could have persisted through adolescence and even through adulthood, and in this phase, they probably still feel worse than everybody else, less capable, less attractive, less accepted by others, with less skills and more conflicts. Worse parents, worse partner...worse neighbors, worse workmate...Many times they may even had trouble caused by forgetting something important to others or by overreacting to a concrete situation. They have been involved in fighting and arguments with workmates o friends without knowing what force made them act in a certain way, but were unable to stop and kept on behaving inappropriately just because they did not feel masters of their actions...and this made them feel guilty.

It may be that they perceived the incapability to get to the subtle details of things and because of this, these little details, their work lacks in quality or what they do has less value than the rest.

All of these circumstances hinder their personal, familiar and professional development, and, in some cases, pay high costs in forms of problems with justice, drug abuse, frequent traffic accidents, repeated job dismissals or symptoms of anxiety or depression. Sometimes, problems aren`t so serious, but develop feelings of incompatibility, lack of efficiency and insecurity on their own capabilities.

It can be hard to understand them at home because they present strange behavior in the eyes of others, because they don`t remember a message, forgetting what is important for the other person, because they overreact or because they carry out activities without care.

At work, partners may think they are distracted, they don`t listen, they don`t follow instructions, that they are careless.

Among friends, they are scatterbrained and unpredictable, the same as among neighbors or family.

And this makes them suffer...it makes life harder...it can be due to a non diagnosed disease. Because when current adults were young, there were only few specialists paying attention to these symptoms and they tended to be labeled as problematic or lazy children. These children received no attention and they where even “isolated” from others who kept on the right track. Many of these people are affectionate, intelligent and creative, and can reach high goals, but they feel the effort required is much bigger for them than for others. And, years ago, children were not exposed to so many stimuli (mobile phones, alarms, activities out-of-school, traffic, lights, etc.).

In many cases, these adults suffered and keep on suffering from ADHD, and nobody is guilty of suffering a disorder.