Editorial 3: Diversity in the pedagogic methodology may prevent many school failures 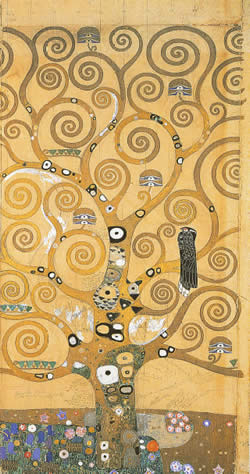 In our third editorial we would like to talk about a very interesting issue to us: education. From the Association we would like to call attention about some new educational tendencies that suggest that many children, especially those with learning problems, would benefit with an individualized approach, which may promote the most suitable learning style in each person. A progressive awareness about the different ways of teaching, in order to allow different ways of learning, could help avoid failure in the future to children that are failing today, and, on the other hand, it may allow them to develop their strengths. Our concern is that some schools seeking for excellence in grades may focus exclusively in a cognitive-analytic learning style, remaining unaware of children with different abilities, with the risk of leaving them unnoticed. The lack of adjustment to the traditional teaching model may leave behind many talents that could have developed within a more flexible educational mind. We must not forget, for instance, Winston Churchill, Nicolas Sarkozy, Michael Phelps, Tom Cruise or Quentin Tarantino, who have stated they have suffered from ADHD, yet this did not prevent them from reaching success in life. Although some of them had some terrible times at school. Following the thread of this, we contribute to spread the news about the Cantabria ADHD Foundation (CADAH) editing a guide for teachers in order to decrease School failure of children with ADHD. In the presentation of this guide, the President of the Foundation noted that the 10% of school failures are consequence of ADHD and only 5-7% of these finish higher education. This must lead us to reflection. It is possible that the most common methods may be excluding children that maybe could have kept on studying if the contents would have been more interesting to them. On this basis and in an effort to study new ways to help people with ADHD, their families, teachers and tutors; we would like to argument why it is interesting to know the learning profile of each person at the moment of designing a study plan. It is not important the way abilities are acquired, but that they are acquired at all. Each person has different skills that can be used to learn. In the book ADD/ADHD Drug Free, and as an example of the diverse styles of intelligence, therefore, of learning; there is a chapter titled “Styles of Learning”. This chapter is about the existence of different styles of learning based in the skills of each person. In first place is the Logic-mathematical, outstanding in numbers and logic to solve problems; they are very organized and tidy, they like to explore different parts of objects and many of them prefer careers as engineering, computoring or science. They use the left hemisphere of their brain the most. In second place, is the Corporal-kinesthetic, which learn through the body and physical skills, using mostly the right hemisphere. These qualities probably match with carpenters, surgeons or athletes. People with these qualities could learn better if they find the way to involve movement, play and their body in the learning process. In third place, is the Intrapersonal style, in which the main capacity is the identification of feelings and the use of these feelings to comprehend and manage behavior. Psychologists, priests and business people probably exhibit these qualities and should have learned more easily if their educations would have been focus on the right hemisphere. The fourth style is the Interpersonal, which is typical for politicians, teachers and therapists. They have the ability to connect and relate to others. The fifth style is the Musical-rhythmical which enjoys the ability to perceive rhythms, melodies, rhymes and symmetries. This skill allows communicating feelings through tones and rhythm patterns. The children with these abilities will be touched by his favorite song and will learn through rhymes and singing out loud. This must keep on as the child grows up because it benefits academic learning since the brain is more receptive. In this case, the right side of the brain is predominant. In sixth place is the Visual-Spatial style. This is a photographic style which recreates tridimensional space. Architects, photographers, racing drivers and movie makers probably learn better through this channel. Also competence of the right hemisphere. The seventh place is for the Verbal-Linguistic, the universal. Characterized by the ease to learn through oral or written language. These people benefit by seminars, conferences and classes. It is the best measured by the common IC tests and is predominant in lawyers, journalists and writers. This style works with the left hemisphere and is upon which the current academics is mostly based. Last, is the Naturalistic, characterized by its special connection with nature and it`s interest for biology, botanicals, zoology and astronomy. Beyond these or other categorizations, it’s been many years since the strengths and weaknesses of the right hemisphere are an issue. This hemisphere isn`t the most appreciated in the educational systems. In the right hemisphere are localized the more creative and emotional,mental functions. The strength of the different functions makes people different from each other but not more or less intelligent.

The experiences of schools who have payed attention to the difference between individuals, training their teachers on the theory of multiple intelligence enunciated by Howard Gardner in 2006, show interesting results, with enhancement of the performance of most of the students on most of the subjects. Similar considerations raise from groups of highly gifted people, which ask for a curricular adaptation so many of them can be happier within the regular school, as they would feel more identified by the learning.

As well as the emphasis in education, in September we will present some articles that refer to new information on the genetics of ADHD and the possible correlation between these and new findings on functional neuroimaging that little by little give information on what is that doesn`t function quite well in people with this problem. Latest studies show dysfunctions related with dopamine and brain circuits, which explains part of the problems observed in hyperactive children that do not respond to reinforcement the same way as other children. We also mention the design of the psychiatric specialty that will be officially offered at the system MIR as of 2011. Also, some curiosities regarding new technologies (Twitter, You Tube, Facebook) and a brief review inviting to think about drug abuse for studying, which has become an emerging concern and something on which we will have to be more alert.