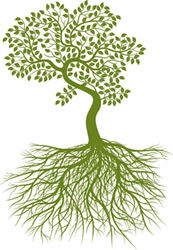 Today, hyperactivity is a common conversation topic. This term has become very popular, yet what it really means has not reached the general public.

The idea of hyperactivity may have a positive connotation of energy, vitality, capacity to multitask, etc. In fact, in today’s society we all lead somewhat hyperactive lives.

This is why it so difficult to see hyperactivity as a disorder is a problem that can be greatly influential on the lives of some children and their families, and almost never in a positive way. Generally speaking, it does not entail a great advantage for life. To the contrary, it is usually the source of trouble, failure and conflict. However, if managed appropriately (by the family, in school, and in general by all adults related to the child), a hyperactive child can develop into a perfectly normal and satisfied adult.

Parents usually realize their children are hyperactive from a very young age. But the excess of activity problem is only the most apparent one and it usually is not the most difficult one. In the beginning it might be, since parents think their child is a bit of a “rascal”, a child who does not stop, who is a troublemaker. If the hyperactivity is very marked from the beginning, they might complain that their child is disobedient, that he or she does not listen, nor pay attention to what is being said. Parents grow desperate when their capacity to bring their child up, their temperance and own self-control are questioned. But the most serious part of it all is how difficult the child finds it to think like other children of its own age. The child does not seem to react whether punished or rewarded; the child’s reasoning is not appropriate for its age, coming across as immature in many respects and skilful in others. Things must be said over and over again and the child doesn’t seem to learn and seems incapable of relating a positive behavior with a positive consequence and viceversa. This usually leads to parents thinking that the child misbehaves voluntarily. Because on some occasions the child behaves properly, and yet the child disobeys what he or she finds is harder to carry out, parents tend to think their child acts on a whim and is spoiled. And they wonder what it is they’re doing wrong. Moreover, if they have other kids that don’t behave like that, they exasperate because they cannot bring this one up properly. It is hard for parents to understand how it can compensate the child to misbehave, not do the homework, lose things and be told off, making its parents angry, never in good spirits and accessible to play or go out. From their frustration, parents start to blame and hold the child fully responsible for its behavior, sending out an implicit and explicit message that s/he is a disaster, vile, ungrateful, etc. which is terrible for the development of the child’s own image, identity and self-esteem.

Undisciplined conduct calls so much of the parent’s attention and requires such constant effort on their part regarding control, supervision, correction that it is extenuating and if they don’t stop to think about it, might altogether miss the child’s virtues, capacities, skills and talents. And if parents don’t notice this, the child will notice it least of all. The way in which parents see the child is an important part of the child’s self-image and self-esteem.

All of the above, which will be detailed in the different sections, is what is called an attention deficit and hyperactivity disorder (ADHD), a cerebral development disorder, whereby the child’s brain, especially some areas, develop following a different rhythm to other children’s brain. The ADHD is a serious problem affecting a significant amount of children (between 3 and 6%) and which may lead to great vital failure by people who nevertheless have many virtues and skills.

The ADHD disorder exists within the very child; in fact, it entails a cerebral development different to the more typical one in other children, but it greatly depends on the family and school that this disorder leads to as few problems as possible becoming another of the child’s characteristics, not a permanent trip-up during its development.