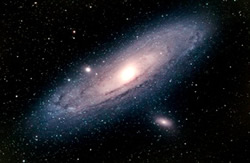 The pediatrician is the physician who usually sees the first warning signs of unusual behavior in children. Most of the time the consultation comes from the child's parents and, more rarely, from teachers complaints or from the child him/herself. In either case, the doctor has two main disadvantages:

If we add to this that ADHD is a condition in which there is an influence from multiple factors from the biological (genetic, prenatal stages ...) to the most environmental (altered bond with parents at early ages of development, lack of adequate organization at school or at home, family problems ...), assessment becomes even more complex and it is important to note in this guide the fundamental aspects to be considered by the pediatrician in order to make a proper assessment and then an appropriate referral .

As mentioned in the diagnosis section for pediatricians, it must be a specialist in child psychiatry, or in his/her place a pediatric neurologist, who provides the diagnosis, always being based on a thorough clinical history of the child, with information from as many sources as possible, and most of all based on the child itself, his/her family and his/her teachers. However, the pediatrician can greatly assist in the diagnosis, with therapeutic compliance, and ultimately the prognosis, through a series of actions that we will review.

Responding appropriately to the patient and family when they are consulting you, trying to answer key questions that will guide the diagnosis to a specialist.

Parents (most often the mother) will go to the pediatrician to mention the problems the children are causing. Sometimes they will go without the child and, in some cases refer to the fact that these behaviors come out in school and that teachers have been those who have drawn attention to them. In the clearest cases, the child will show these behaviors at home, at school and in public when with other children. Either way, the attitude of the doctor should be receptive, caring and showing active listening, empathetic with the parents, while trying not to diminish the importance of complaints, and not seeking to minimize the problem although it may seem exaggerated, and finally, exploring the situation and trying to gather as much information as possible. If both parents are present, it is helpful to try to obtain data from both. If the child comes too, it is very important to devote time to him or her alone without the parents. Also always let the parents know that the teacher or tutor can communicate their view of the problem, with a note, a conversation with the parents or even through telephone conversation with the pediatrician. In some cases, the child’s school has a psychologist or guidance department that may have already issued a report or could provide one in the diagnostic process. If so, take advantage, the more information available, the better.

Performing a complete clinical history to allow for a screening to ensure that no other illnesses are causing the expressed symptoms.

It is essential to obtain a complete medical history, from pregnancy and through the various stages of development of the child. The need for an appropriate differential diagnosis for other medical problems has already been addressed in the Diagnostic Section. The pediatrician, the doctor known best, is the professional that is best able to begin to suspect one of the issues. If the child arrives for the specialist's consultation with a full medical report, then both the family and the child are very grateful to their pediatrician for having facilitated their work.

Issues to be taken seriously in the collection of data from medical records, if ADHD is suspected:

This is important to bear in mind because, as we saw in the diagnostic section, there are other diagnoses that present with the typical symptoms of ADHD, but they are not ADHD and therefore they should not be treated the same way.

The existence of another medical condition that shows some of the symptoms of ADHD does not necessarily exclude ADHD nor does it prove the need to consult a child psychiatrist.

Referring to the appropriate specialist, in this case, the child psychiatrist or, in his/her absence, the pediatric neurologist

Once medically evaluated, the doctor will decide what to do. If the child did not attend the first appointment, you will obviously have to make and appointment with him or her to check into this. If parents do not have information from the teacher, you will have to set up a time for them once they have that information. The same applies if one of the parents was not present at the first visit. Therefore, it seems that in most cases it will require a second medical visit to the pediatrician for a second more directed investigation to confirm the impressions of the first visit (a second visit is often essential for the professional to better understand the case.) Similarly, the second visit will allow some time for the pediatrician to think more on the case.

Once you have the right information, you can provide a treatment recommendation or continue the study with other tests or with the help of a specialist.

If a nonspecific disorder is suspected, the pediatrician will decide what tests to order.

In any event, make a follow-up appointment with the family later on to hear the outcome of the interventions or referrals.

Provide follow-up for patients in the long term.

When in a more stable phase of the disorder, the child and his/her family do not need to go to the specialist as often and the pediatrician may take a more active role in the close monitoring of the patient, since the pediatrician is usually the one with more information and the one that the patient sees the most.

In cases where children are receiving drug treatment:

In the cases where some other kind of treatment is provided by the specialist:

What to watch when a child with ADHD receives medication:

The medications commonly used in the treatment of ADHD are:

The last three are not yet offered in Spain but it may be available at some point.

The one most commonly used in our country (Spain) is methylphenidate. There are studies that show its effectiveness, especially in the initial stages and in more serious cases. Up to just over three years ago, methylphenidate was the only one available on the Spanish market and was also only in short-acting formulations. This formula is fast acting, in less than an hour and usually lasts between 2 to 4 hours. It is eliminated from the body spontaneously in less than 12-24 hours. Long-acting formulations became available later, also based on methylphenidate, through an extended release system that maintained its effects with a single tablet for about 12 hours. This improved the ease of administration, as the short-acting one had to be taken 2 or even three times a day to have effects of the drug last at least during school, while the long-acting formula could be taken only once daily. Later other combinations were tested for the immediate release of some of the medication along with the release of another percentage of the extended release drug within the same tablet. Neither formula proved more effective than the other, nor did either have significantly different side effect profiles. Methylphenidate cannot be taken in combination with the MAOI group of antidepressants. Side effects that are seen relatively often include loss of appetite and difficulty sleeping. In some cases, the emergence of tics, headaches, abdominal pain, nail or finger biting, social withdrawal, dulled affect or sadness (as if immersed in their own world) were reported. In extreme cases psychotic symptoms and even seizures or nonspecific ECG changes have been reported. Although these are extremely rare and have an undecided relationship with the medication, if they occur, medication should be discontinued immediately and the specialist should be consulted. The pediatrician should especially check on the loss of appetite, difficulty sleeping, tics, and abdominal pain or headache, but any new development that the family or the patient associate with the medication should be investigated further. For this it is advisable to carry out:

If there are any side effects, let the psychiatrist know about them. Except as expressly directed by the specialist, do not stop treatment during the weekend or during holidays. Methylphenidate is not addictive. Atomoxetine is a drug in the antidepressant family (pharmacologically speaking), although its effect is not antidepressant, instead it helps relieve the symptoms of ADHD. It starts to take effect after two weeks of uninterrupted treatment and should not be abruptly discontinued. Side effects are usually short and appear only at the beginning. The most common are nausea, abdominal discomfort, dizziness, increased heart rate and loss of appetite (especially in the beginning). Subsequently it is not usually associated with weight loss. There are studies that show its effectiveness in treating ADHD and it does not cause addiction. It is not incompatible a priori with any medication. It is often used as second-line drug when methylphenidate is not tolerated well or it has not shown efficacy, although in particular cases it may be a first line drug.

Other drugs used as second line treatments are bupropion, clonidine, Guanfacine, Pemoline, even tricyclic antidepressants. Their effectiveness is questionable and they are mostly used in cases of co morbidity.

As already mentioned, is not always necessary to use medication in all cases in which ADHD is diagnosed. We have to take into account the severity of symptoms, age at diagnosis and the ability of parents to provide adequate support for the child.